Enter your City name or Pincode

Jhalawar is a district city in the Indian state of Rajasthan. Ramganj Mandi, Baran and Shamgarh are some of the nearby cities from here.Jhalawar was founded by Rajput Jhala Zalim Singh in 1791 AD and it was then known as Chaoni Umedpura. Later the city was known as Brijnagar and it used to be a center of trade for the nearby places. Hindi is the local language spoken here. As per the census of 2011, city has a population of 66,919. The city has a literacy rate of 83.01% which is higher than the state average of 66.11%. 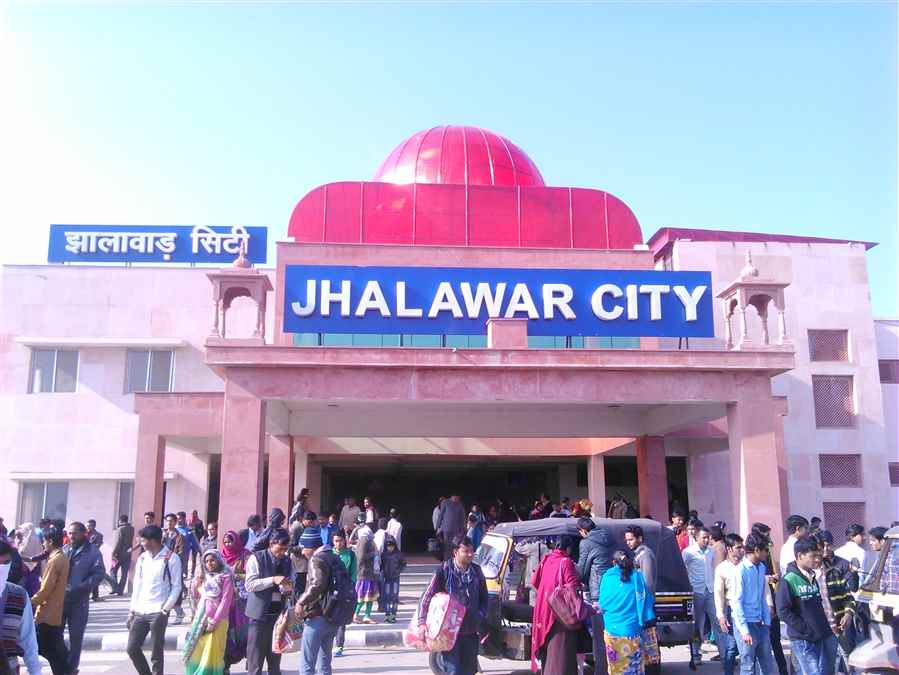 Jhalawar is located at geographical coordinates of 24.59°N and 76.16°E with an average elevation of 312 meters or 1,024 feet above sea level. It is located around 340 KM from the state capital of Jaipur. The city receives highest rainfall in the entire state of Rajasthan. The city has good connectivity to nearby cities with different means of transport. It is located on National Highway No. 52 and one can be assured to find frequent bus services operating here on different routes. There is a railway station also here connecting the city on Indian Rail Network. Kota airport is the nearest one from here located at a distance of 82 KM and Raja Bhoj Airport in Bhopal is located at a distance of 246 KM.

The city of Jhalawar is known for many popular tourist attractions that are worth seeing. Some of the popular nearby places that one can visit once here include Gagron Fort, Bhim Sagar Dam, Kalisindh Dam, Chandrabhaga Temple, Kalisindh Thermal Power Station, Sun Temple, Chandkheri Jain Temple, Shri 1008 Shantinath Digambar Jain temple and Kolvi Caves.

The Sun Temple located here is one of the most famous ones. It is believed to belong to 11th/ 12th century and constructed in Rajput architectural style. It is situated in center of the town and divided into a sanctum, vestibule, prayer hall & entrance. The temple has sculptures of various gods and goddesses. The Chandkheri Jain Temple here is another piece of architecture that was constructed in the 17th century. The temple is dedicated to Adinatha (Rishabhanatha) and has a 6.25 feet idol of Adinatha in padmasan posture made up of red stone.

A number of health facilities are provided to the residents of the city of Jhalawar in order to improve the living status of the residents. There are a number of hospitals, clinics, medical stores and dispensaries in Jhalawar which are useful in any kind of emergency situations. Such facilities help in the overall health administration in the city.

Are you a Business Owner?

Add the products or services you offer