Enter your City name or Pincode

Jhalawar is a small district within the largest state of India-Rajasthan. It is home to one of the World Heritage sites among many within the state of Rajasthan, known as the Gagron Fort. It is actual location is exactly at a distance of 12 kilometers from the main city of Jhalawar, in the Hadoti region.
This fort has an inspiring history which brings tears to the eyes of those who are exposed to the heart-wrenching events that followed while protecting the fort from enemies. It is an example of sacrifice, bravery and martyrdom. Set in a low-lying ridge at the point where the rivers Kali Sindh and Ahu merge into one another, the Gagron Fort is surrounded by water from 3 sides and appears like a small and secluded island, while the fourth side has a deep trench. This kind of a location helped defend the fort from all sides, from any kind of attack. 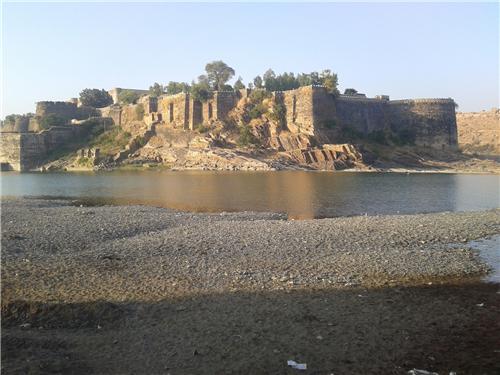 This fort is one of the most unique forts that is both ‘Vana’ meaning ‘forest’ and ‘Jala’ referring to ‘water’ protected forts, since it is surrounded by both water and forests with the Mukundarrah range of hills right behind it. The position of the Gagron Fort is one of the most strategically placed forts, in the sense that is protected by different natural resources. But in spite of such an amazing positioning the fort was attacked and     was besieged that laid the need for inspiring sacrifices and bravery.
It is time to explore the history of the Gagron Fort which is bound to move you.

The foundation of the Gagron Fort was laid during the 7th century and due to its highly defensive and impregnable nature, it took almost 7 more centuries to be completed, which was around the 14th century. The fort was ruled and controlled by the Khinchi rulers of Jhalawar district and was one of the most vibrant cities in the medieval period of India. This was prior to the time when Jhalawar, Kota and Bundi had not appeared as cities or districts on the map of the princely state of Rajasthan.

It was believed that Alaudin Khilji  had invaded Gagron in the year 1300 which was snatched away from him by the Maharaja Jaitsi. Maharaja Prataprao, the direct descendant of King Jaitsi transformed Gagron to a full-fledged city and made it the richest city of Malwa plateau. Later, in his life, he castigated all the luxuries of life including his family life went on to attaining Nirvana. This desire of Raja Prataprao made him abdicate the throne and move towards religious preaching and become renowned by the name of “Saint Pipa”. He became one of the 12 saints of the famous ‘Ramanand Sampradaiya’ and there is also a monastery in his name situated in Dwarka within the state of Gujarat, referred to as Pipa Math. 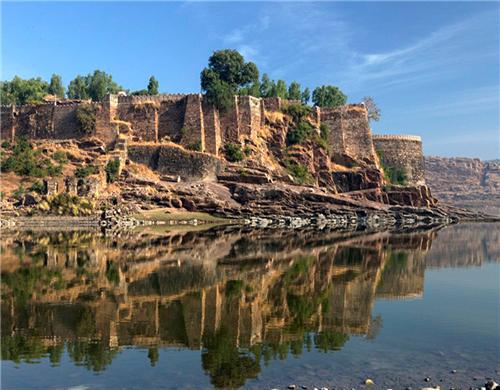 Later on the fort was protected by the immortal Khinchi ruler, Raja Achaldas Khinchi against the treacherous foe-Sultan Hoshang Shah of Malwa who was a Mandu ruler. The latter had cheated the former on religious fronts in order to defeat him and when winning the battle seemed impossible, Rajput warriors bearing saffron robes and swords in hands bravely defended the fort, even though they knew they can’t protect the fort from defeat.

Following the death of these brave Rajput martyrs, their wives indulged in Johar willfully to pay homage to the bravery and sacrifice of their husbands. In Rajasthan Johar was the synonym for the practice of Sati which demanded that the wife to sit on the burning pyre of her husband, while she is alive. Although this seemed like a very heinous practice and was finally banned during the British rule, in this particular case, the wives of the warriors intentionally sacrificed their lives. This is a story of one of the biggest sacrifices made by a particular sect of women in India.

This entire incident inspired the Sultan himself which made him conserve the room of Raja Achaldas Khinchi as a safe haven. Following this, the successor of the brave Khinchi ruler, Raja Palhandas captured the Gagron fort once again from the clutches of the Sultan as form of revenge for his ancestor. Later it was again attacked by the Mughal ruler –Bahadur Shah during the 15th century but it was again captured from him in the 16th century by the king Mukund Singh of Kota which ensured that the fort remains under the Rajputs once and for all.

The grandeur and history of this specific and unique fort is quite inspiring, although it is quite sad that very few people are aware of this symbol of heroism, sacrifice, bravery and true retribution.

Are you a Business Owner?

Add the products or services you offer